Apple has delayed an upgrade of the operating system for the iPad, according to reports flooding the blogosphere and some traditional news outlets.  Expected this week, it apparently will not arrive until mid- or late-month.

For the non-technorati among iPad owners, news that the iOS 4.2 (Operating System) upgrade for the iPad and iPhone has been delayed is hot news that might well leave them cold. 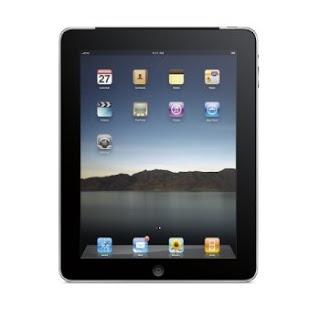 Most of the news and blog sources on the subject are fairly technical in their detail, well beyond the interest of the more casual iPad owner who just wants to use the thing, not program for it.
For the common man and woman with iPads, the fundamental meaning is this: some things we do on the iPad are going to be improved pretty soon. But we'll just have to wait a while longer for those improvements.
Among the expected improvements, from a non-tech user point of view, are:
Multi-tasking. Expert commentators expect iOS 4.2 improve multi-tasking, or switching from app to app, which will run simultaneously. That should ease the struggle of users who like to hop back and forth from reading to web browsing to gaming, and such.
Aligning iPad and iPhone operations more closely. To date, there have been complaints that the iPad just cannot do things the smaller iPhone can. Or, the "user fingering" processes differ from iPad to iPhone.  People who own both are miffed about missing features on the iPad, and about switching methods from one to the other. Some of those differences are slated for change in the upgrade.
Much more for us to use. “The iOS 4.2 is expected to contain more than 100 new features,” says USANewsWeek.com

CNET.com gives a good listing that is understandable to the non-tech person about how the upgrade will make our iPad experiences better.
In a nutshell:
*A more polished version of AirTunes called AirPlay will let users stream audio, video and photos to other devices on their wi-fi networks.
*AirPrint will enable the iPad to “find” printers on the user's network, wirelessly sending content and print commands to knock out copies from the iPad.
*Multitasking, but in a more user friendly experience with less delay in switching from one task to another. Simultaneously running apps is to become easier, and folders will help people organize and use their iPad in more user friendly ways.
*iPad screen orientation locking. For now, rotating the iPad from “portrait” to “landscape,” or horizontal, flips the screen image for viewing. Some people like that, many do not.

At the moment, freezing orientation is a matter of simply sliding the button on the upper right side of the iPad to lock the screen into place. The upgrade will reportedly put that control “inside” the iPad.  The user will choose it from a new “multitasking” bar on the screen.

The physical slider which now locks orientation, on the side of the iPad, will become a volume mute button—as it had once been. The iPhone and iPod Touch and the iPad will then work the same way on that score, making programming a bit easier for Apple.
Engadget.com reports the upgrade “should still drop in the next few weeks.” But, Engadget says, AirPrint might not be in the package.
Posted by Tom Dulaney at 9:41 AM